A brighter-than-expected alphabet of culture for 2014

A is for the Adham Henein Museum, directed by veteran gallerist Karim Francis and dedicated to the veteran sculptor. It has a delightful sculpture garden and opened at the start of the year. 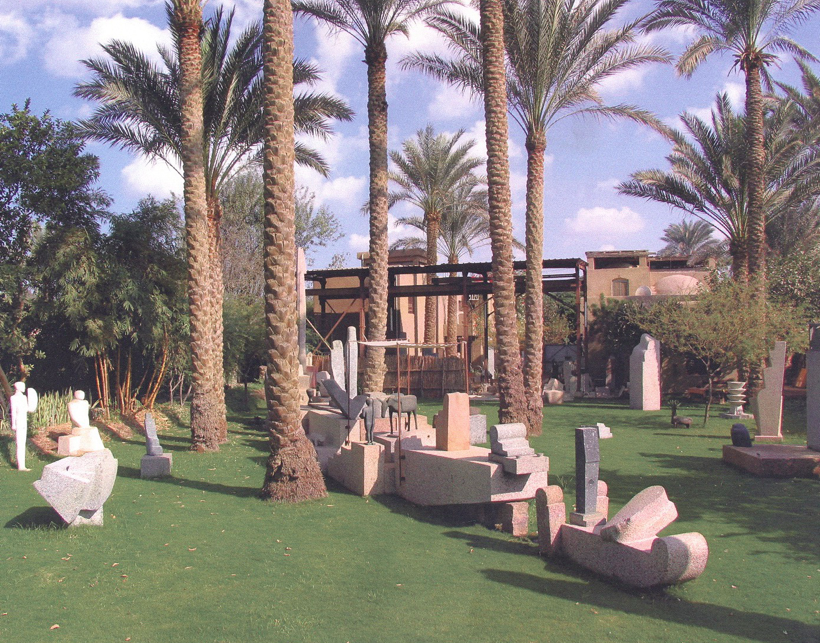 B is for artist Ahmed Badry, who bucked the trend by returning to Cairo from Switzerland. His exhibition The Provisionary That Lasts, on until January 6 at Medrar, consists of beautifully made line drawings and white sculptures of modified everyday objects.

C is for small-scale cinema: 2014 started with Ayten Amin’s Villa69 in cinemas, saw the launch of homemade thriller The Ogre 2014, and the month of November (which contained revamped Cairo International Film Festival and always great Panorama) saw premieres of Ahmad Abdalla’s Decor (which merged arthouse with the commercial), Ibrahim El Batout’s The Cat (about a popular hero fighting the organ trade mafia) and Karim Hanafy’s Gate of Departure (a visually stunning poem of images with a plot that drowns in its own sorrow and eventually gets boring, like an endless series of instagrammed pictures).

D has to be for departures. Many went to spend time in other countries — such as artists Mahmoud Khaled, Mohamed Abdelkarim, Yasmin Elayat and Ganzeer, scriptwriter and commentator Belal Fadl, musician Ramy Essam, arts manager Basma El Husseiny, art historian Clare Davies and cinematographer Tarek Hefny. And many figures sadly passed away: the great filmmaker Said Marzouk, writer and educator Radwa Ashour, Lebanese singer Sabah, actress Mariam Fakhr Eddin, and comedian Youssef Eid (who was hilarious and skillful, but often underrated) — to name only a few.

E is for elephants, blue ones, which were very present this year due to two adaptations of Ahmed Mourad’s 2012 novel The Blue Elephant (published by Dar al-Shorouq and shortlisted for the IPAF): Firstly as a film by Marwan Hamed, then by the Modern Dance Theater Group.

F is for futuristic cities, which continue to manifest in Egyptian novels: After a darkly magical Alexandria in Nael al-Toukhy’s Women of Karantina last year (AUC Press published a translation into English by Robin Moger this year), post-apocalyptic Cairo emerged in both Mohamed Rabie’s Otared and Ahmad Naji and Ayman Zorkani’s The Use of Life.

G is for Gypsum Gallery, which quietly continued to produce good shows, such as Mahmoud Khaled’s formally precise and generously intimate Painter on a Study Trip, Taha Belal’s delicate paper-based works that are smudged with dirt and fingerprints like money (Vacuum Formed), and Mona Marzouk’s Trayvon, a series of iconic, tightly-painted paintings, colorfully seductive and hinting at terror. 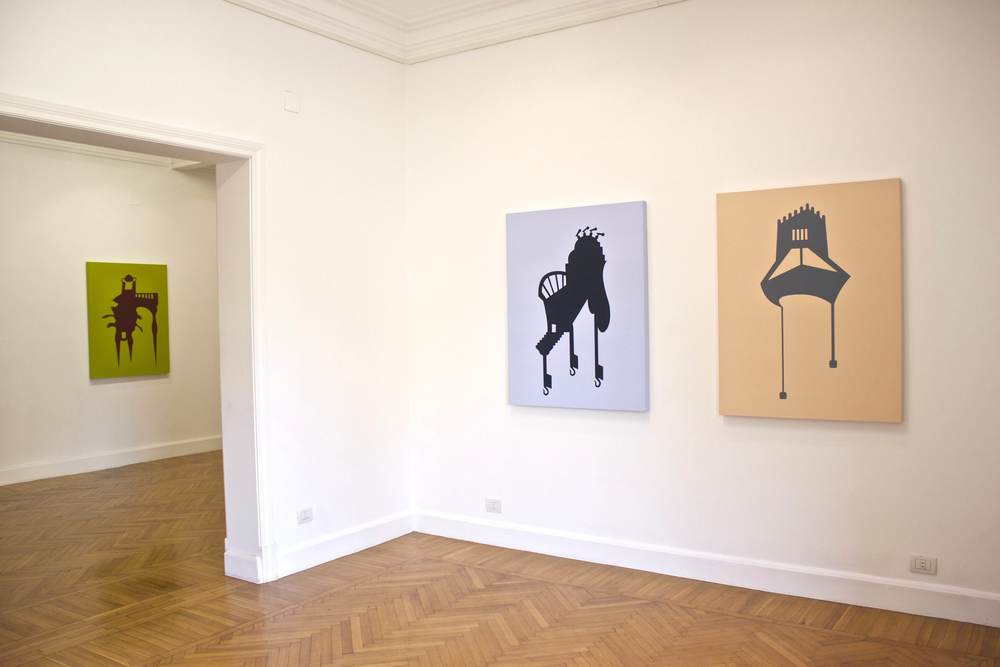 H is for Hassan Khan’s large-scale exhibition, a collaboration between AUC-LAB, D-CAF and CLUSTER. For many of us, it was our first time to see a retrospective by a living Egyptian artist.

I is for Beirut’s Imaginary School Program, which consists of eight months of intense sessions in which a group of young writers and artists engage with various Cairene institutions and forms of organizing, dissecting practices and grappling with theory.

J is the keyboard shortcut for most of the retouching tools on Photoshop, which 18-year-old Ahmed Emad al-Din used to create the cover for Pink Floyd’s new album. 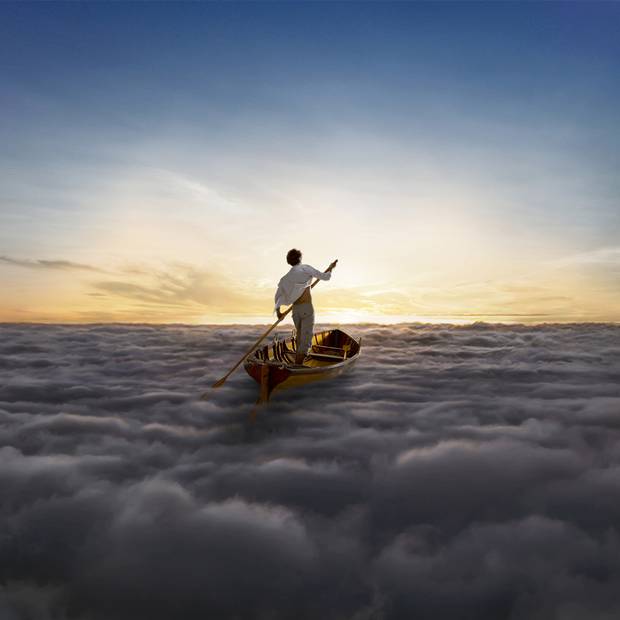 K is for Kurrasat Al Cimatheque, a training program launched by Cimatheque on different methods of review writing and creative film programming, which has been producing high-quality writing and important screenings.

L is for The Last Supper, Ahmad al-Attar’s new play, a visually extraordinary and comic critique of Egypt’s upper classes.

M is for Mayestahlooshi by Hassan Shafaei: Abla Fahita, the YouTube doll star accused earlier in the year of sending threatening terrorist messages through her work, sent a more direct message to haters and reactionaries with this video.

N is for nationalism on the rise in pop culture. From Hussein al-Jasmi’s Boshret Kheir to Sandra Nashaat’s viral documentary encouraging people to vote yes on the constitution, to the little banners TV channels use during breaks, saying things like “Against terrorism” and “Long live Egypt.” 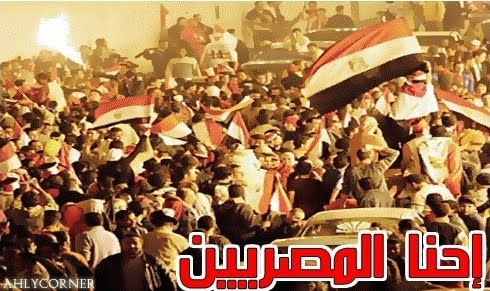 O is for online cultural platforms multiplying across the Arab region, including Ma3azaf, Cinematograph, Kasra and Raseef22.

P is for the sector-wide panic that was induced when the state issued ultimatums to NGOs and increased potential punishments for those receiving foreign funding. This panic was negotiated by people and institutions in various ways.

Q is for quiet, which is what the government wanted people to feel around Tahrir Square. To achieve that, the buildings around it were painted in light khaki. Gigantic Pepsi adverts covered the buildings throughout the painting process. They forgot to paint the buildings’ sides. 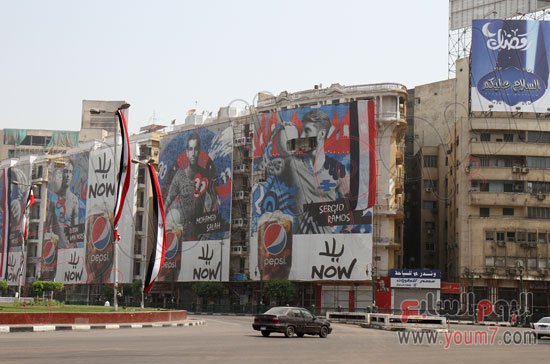 R is for album releases: From 53-year-old pop star Amr Diab’s release of his 28th studio album, Shoft al-Ayam, to alternative music collaborations like Aly Talibab and DIJIT with their album Malafat, Arabic singer-songwriter Dina El Wedidi’s debut album Tedawar w Tergaa and Islam Chipsy’s debut vinyl recording, Live at the Cairo High Cinema Institute. But with all the new music cut loose this year, Maurice Louca’s Salute The Parrot was the one that received sweeping approval from listeners across the alternative spectrum of shaabi to experimental electronic music. (Check out Mada’s year-end SoundCloud playlist for selected tracks from this year’s album releases).

S is for The Surface of Spectral Scattering by Magdi Mostafa at Townhouse, an alluring sound and light installation that had wide appeal. T is for artist Andrea Thal, the new director of the Contemporary image Collective, who since 2006 has run Les Complices, a self-organized art space in Zurich. In her work she has not hesitated to address capitalism, European migration policies and cultural policies.

U is for the unflappable team behind community art project Mahatat, who have continued to tour Port Said, Damietta, Mansoura and Cairo with their Art in Transit project, and who earlier in the year produced the magical Wonder Box.

V is for Vent, the downtown Cairo bar and music venue that opened last year and re-opened again this year after months of closure with a new interior reminiscent of fish restaurants in Alexandria, sometimes pissing customers off with confused entry politics, but with a much better sound system.

W is for Wekalet Behna, a center for cinema that opened in Alexandria in spring, run by Gudran Association for Art and Development. It runs regular film screenings.

X is for film censorship, which was a big topic. Hany Fawzy’s Family Secrets had to make repeated attempts to get past the censor, Ridley Scott’s Exodus: Gods and Kings was banned recently, while Halawet Rouh and Noah were just banned temporarily .

Z is for cinema Zawya, which has gone from strength to strength since opening in March, despite a point when it seemed it would lose its venue, which is behind downtown Cairo’s Odeon. Highlights have included sold-out retrospectives of Syrian director Mohamed Malas and Egypt’s own Youssef Chahine. Thank you to: Mohamed Gawad, Ismail Fayed, Mohammed Abdallah and Rowan El Shimi for helping with this alphabet.

AD
You Might Have Missed
Moi aussi, j’accuse: An open letter to an Egyptian state intellectual
From Tora: Harry Potter in an Egyptian prison
From prison: Color synesthesia
US leverage of UNRWA: Palestinians as refugees and their right to return
AD

Topics
Related
2014 year enders
A year in culture writing
Mada’s culture section found its feet in 2014, developing into a more daring, experimental platform
2014 year enders
A year of things that never happened
Amira Salah-Ahmed | Besides a number of fake news items and actual dramatic events, in 2014 there were important headlines
Ahmad Abdalla
A busy year for culture in Egypt, despite everything
An alphabet of important cultural events from 2013.