Tashkent 1958. I try and imagine it for a moment. The first conference of the Afro-Asian Writers is in session. Faiz Ahmed Faiz, the poet representing Pakistan, is there. I find archival images on the internet: W.E.B. Du Bois lecturing into a bunch of microphones, meeting with the Nigerian delegation, chatting with the Chinese, raising his arms in arms of affirmation with others. Non-alignment is in the air. In a unanimous motion a Permanent Bureau is declared. They must have thought the future as theirs. Headsets in hand, or pressed to the ear, translation devices hanging around their necks. Afro-Asian Writers. Tashkent 1958. 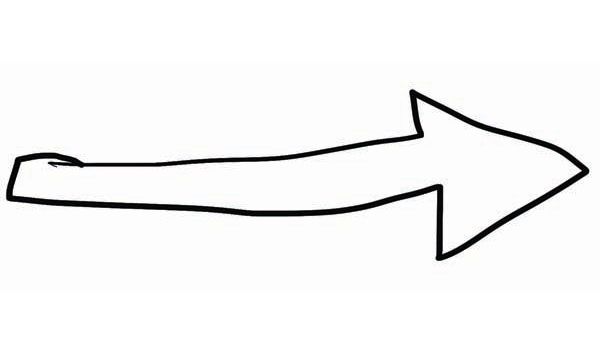 A friend and I are walking in midsummer heat against midday traffic along Qasr al-Aini — the road on which I came to live in early 2007. We’ve both been away a while and don’t quite know what to make of the man climbing, somewhat impishly, over to the graffitied side of the army wall on the corner of Sheikh Rehan Street. We’re looking for Dar al-Odaba. Number 104. If we were to be approaching the other way, with the cars, from Mounira or Garden City, coming toward Tahrir, we’d find it on our left, right after Barclays, or so I’ve been told. That is to say I used to pass the place, oblivious of it, back and forth, on my route, almost every other day. 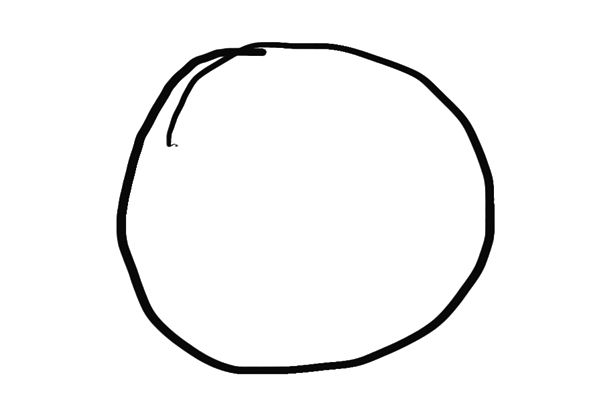 In 1962, the second conference of the Afro-Asian Writers Association was held in Cairo, and a decision to transfer the headquarters from Colombo to here was made. Dar al-Odaba, or Writers House, was designated in all its palatial glory as the address of the Permanent Bureau, and the Egyptian writer Youssef El Sebai was elected, for his pinkish popularity, as its general-secretary.

The reasons for the relocation, I’ve come to learn, were not insignificant. They hint at a checkered history that played out in the name of Afro-Asian militant solidarity on a map of the Non-Aligned Movement against the backdrop of the Cold War. They tell a tale of ideological affinities and strategic aversions indicative of the political aspirations endowed on literary production in the wake of anti-imperialist struggles for national liberation. They chart an unusual geography of how, for instance, Somalis in the 1960s could have come to “Sing the Praise of Chairman Mao,” in their own language no less, and then also songs in Chinese, such as “The East is Red.”

The motivation behind the move, for instance, was an aggressive one. In 1962, India was at war with China, and in ally with Egypt. The Sino-Soviet communists had started to split. The conference in Cairo effectively removed the organization from under China’s influence by ousting its pro-Chinese Ceylonese secretary-general, R.D. Senanayake, and repositioning the Peking-controlled Colombo-based headquarters onto more Soviet-compliant territory.

In 1966, a so-called Emergency Meeting of Afro-Asian Writers was summoned in Peking. It was arranged under the auspices of the Chinese Committee of Afro-Asian Solidarity, which, as the host organization, probably paid all the expenses. Having proclaimed the resolution to shift the Afro-Asian Writers Bureau from Colombo to Cairo as illicit, the conveners pronounced the Soviet revisionists as the “chief culprits,” who they thought ought to consider themselves excluded from the rank of Afro-Asian Writers affiliates. That four years later the Chinese, led by Kuo Mo-jo, still felt compelled to retaliate suggests that they were more than just upset. All the Afro-Asian Writers Association did back then was meet and make minutes, and so to think that the entity was seen as something to vie for is curious.

The gathering in Peking, attended only by the neighbors and the odd émigré, blatantly used its home court advantage to arouse anti-Soviet sentiment and claim leadership over Third World cultural consciousness. Speeches were made to disavow Soviet modern revisionist literature for serving American imperialism by virtue of being too bourgeois. But the language of all 38 resolutions considered, the event was effectively a failure. The Vietnamese contingent refused to condemn modern revisionism and overtly sided with the USSR absentees. It was a gesture of historical significance that tread a measure between what would and did not happen. 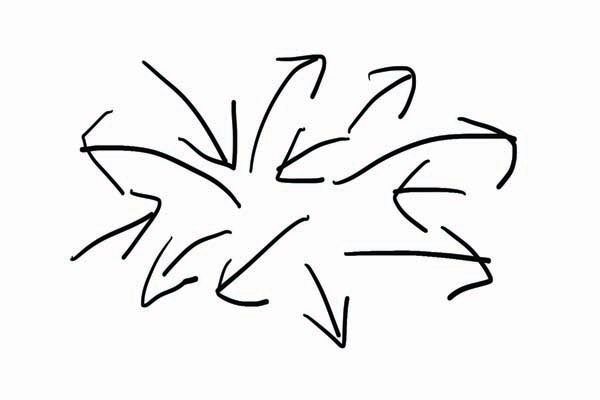 We ask a man who happens to be at the gate if this is the Afro-Asian Writers Bureau, and whether it was from here that a periodical called Lotus had once been published. There is a big board right above us for Dar al-Obada, it’s printed in white on blue, in an angular font of Arabic. On the side of the building that faces the road, there is also a relief of block letters that says “Writers House” in English. But it seems to have exceeded itself as a sign: though the structure is still intact, the color is nondescript, and one has to really look to notice it.

We’ve brought along with us this old book my friend grew up with, a compilation of short stories translated from various languages into Arabic. We turn to the colophon and point to what is the same address, as if to legitimize our quest. We do this even though the man has already offered us a yes. Our demeanor toward him is casual and courteous, but I notice we are hesitant as well. We have no sense of what goes on in here these days, nor can we be certain what attitude awaits. Are we welcome? He ushers us in, tells us to go down the corridor, across the hall, and up the stairs. And what does it even mean for this to be the right place? We’re in search of a magazine that is defunct and an editor who is dead.

When we step inside the building, we leave the sun behind. Our eyes adjust to the difference in light, which, as we cover the length of the corridor, starts to feel more like a passage in time.

The conference hall is lined with chairs that have cushioned seats and metallic frames. They are all arranged save a stray few, as though people were just there — for a lecture from decades ago — before they got up and left. The room is dim as the shutters are barred, and it feels as though the world outside has not been let in. The ghosts are here, the conversations once had, trapped in an attempt to keep their vision of what they wanted intact.

We’re now in the stairwell, dilapidated and grand, a billiards table, its cover covered with dust, stored under the slant. We’re both looking up silently as we take our first steps; we spiral slowly and turn on ourselves. There are rays coming in through blue-green panes of broken glass that hit on particles of dust and make them burst into sparks.

The main room upstairs is flooded and bright, and the reality of the streets outside enters inadvertently, makes itself felt. On the wall across the doorway are two portraits and a nail: Gamal Abdel Nasser, Anwar Sadat — a suit, a uniform — and a conspicuously missing frame. At first I don’t notice, but I am pointed to it, with the raising of an eyebrow and a tilt of the head.

There are two adjoining offices that seem to be the only ones occupied at the far left end. We walk over, peer in and announce ourselves.

A few minutes later, I’ve been offered a chair. I sit down and notice a glass cabinet, in which all I can see is piles and piles of Lotus. My friend takes on the talking, introduces what I do, where I’m from, why I’ve come, while I can’t seem to get my eyes off them. Most of the magazines are lying flat, stacked one on top of the other at the back. But the front row is on display, covers with images of art facing out. All these volumes, all these years, this is what I have been looking for. 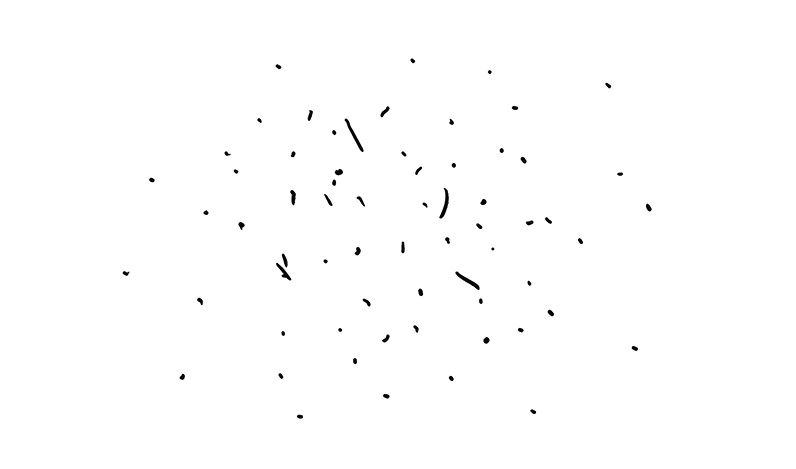 By the end of 1978, the Afro-Asian Writers Bureau in Dar al-Odaba was disbanded. When President Anwar Sadat eventually defected to America and signed the Camp David Accords, the Arabs insisted that Lotus could no longer be the charge of Egypt. Besides, earlier that year, Youssef El Sebai, its editor-in-chief, had been assassinated in Cyprus. He had traveled to Nicosia to preside at a conference of the Afro-Asian People’s Solidarity Organization, but had been targeted on the count of having accompanied Sadat, as his friend and confidant, on his infamous visit to Israel. Sebai, who at the time was not just the minister of culture, but also the chairman of the state’s flagship daily Al-Ahram as well as the head of the Egyptian Journalists Syndicate, had been warned that his name had appeared at the top of some underground hit list. But he had proceeded with his plans nonchalantly, refusing to be fazed by this.

On the morning of February 18, the AAPSO meeting was called into session on the fifth floor of the Hilton. But then at around 11 am, Sebai was seen, off on his own, loitering in the lobby. Had he been waiting for someone? For someone who was in fact never going to come? As one account goes, he stepped out of the hotel and walked over to a nearby newsstand. Two cars drove up. Three bullets went off. Papers that scattered in the air, lay strewn on the ground. Shot to the head, in cold blood and broad daylight, by a pair of Palestinian gunmen belonging to what was reported to be “a tiny renegade movement.” 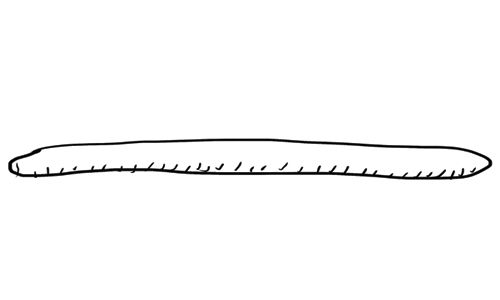 Lotus Notes is a monthly series for 2014 that is part of a writing project by Nida Ghouse called Inner States, with images by Jenifer Evans.

The writer is indebted to Michael C. Vazquez, without whom much of what this is and will become would surely have remained insufficiently imagined.

AD
You Might Have Missed
Mugamma revisited: Reimagining the building and the square
What we talk about when we talk about trees
Carbon Colonies & A Green New Deal
Where do old lesbians go to die?
AD
Nida Ghouse
5 articles on Mada